F1: Jackpot for Max and Red Bull, Ferrari and McLaren on the podium

Max Verstappen won the 78th Monaco GP on Sunday by leading from start to finish and taking full advantage of the last-minute retirement of Charles Leclerc, his Ferrari stuck in the garage when it should have started from pole position. Due to a left rear driveshaft probably damaged on Saturday when Leclerc crashed at the Swimming Pool, at the end of qualifying. Its weakness was not detected until Sunday during the warm-up lap. “Oh no, oh no”, lamented the Monegasque on the on-board radio, realizing that his hopes of victory had just vanished. The podium of this uneventful edition, without any incident on the track, without any crash and without any appearance of the safety car on track, was completed by Carlos Sainz (Ferrari) and Lando Norris (McLaren), who could not hope for much better. 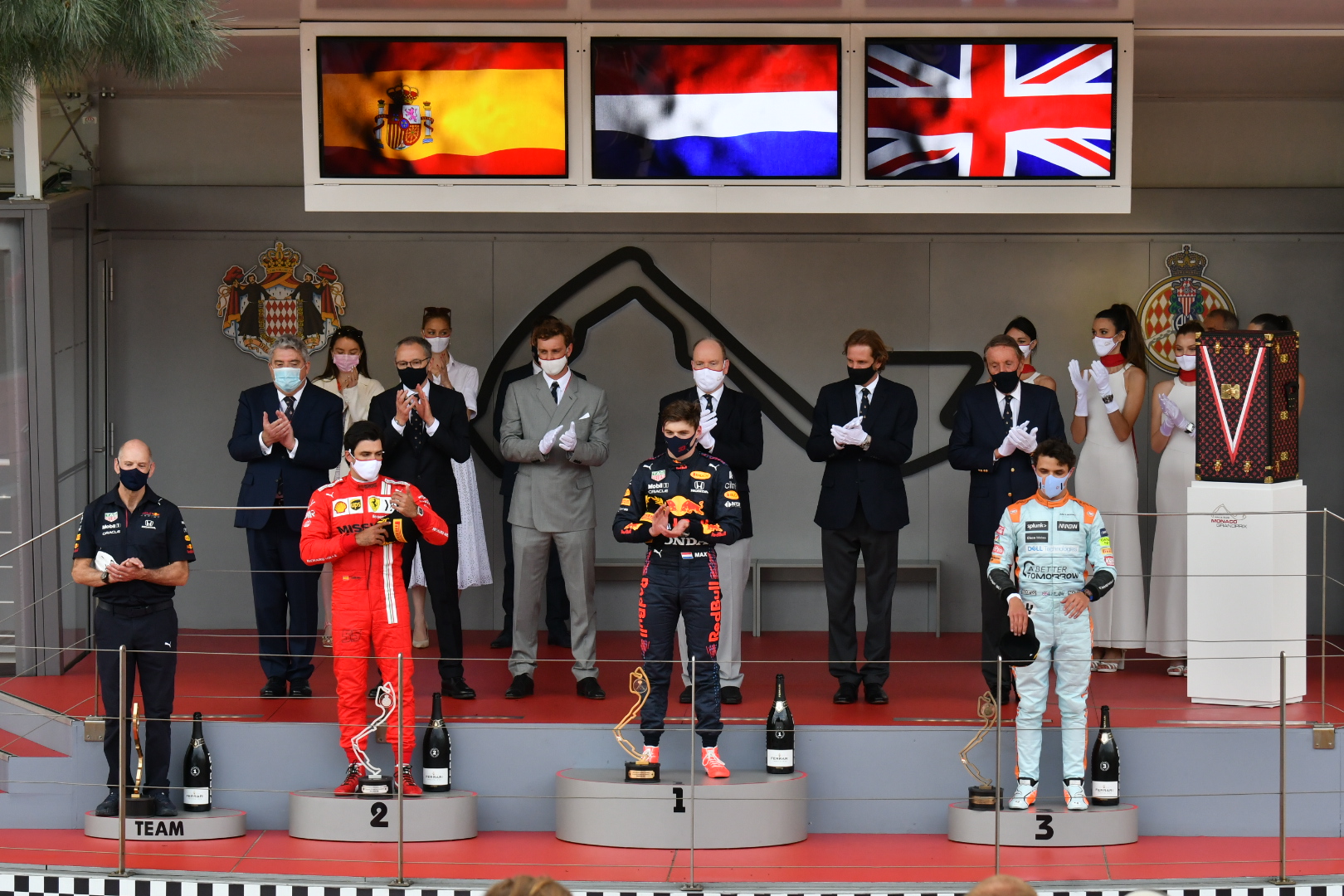 “It was your afternoon, you gave us a masterclass, you are leading the championship,” said Christian Horner, the big boss of Red Bull Racing, to his favorite driver on the on-board radio. And the victory of the young Dutchman, his 12th in F1, was completed by the 4th place of Sergio Pérez, who started 9th on the grid. The Mexican, as well as Sebastian Vettel (Aston Martin), who finished 5th after starting 8th, benefited from a strategic sleight of hand by their respective teams. As a result, they finished ahead of Pierre Gasly (Alpha Tauri) and Lewis Hamilton (Mercedes) who were better placed on the grid and made no mistakes on the track.

It was a miserable day for the Black Arrows, as Valtteri Bottas was stuck in his garage for good, due to a major issue with the air pistol when changing tires. He would have probably finished 2nd. As for Lewis Hamilton, he finished 7th, his place on the grid, at the end of one of the most frustrating races of his career, with one consolation point for best lap in the race. This point could not prevent Verstappen from taking control of the drivers’ standings for the first time in his F1 career. And Red Bull is achieving a double, since the Milton Keynes-based team is now ahead of Mercedes in the constructors’ standings for the first time since 2013, the one of the last two world titles for Vettel and Red Bull. The next GP will take place in 15 days in Baku, Azerbaijan, on another city track. It may be a good site for Ferrari to shine again, and for Mercedes to switch back to the winning mode. But nothing is less certain, in this 2021 season which continues to surprise …