Established by Daphne McKinley Edwards shortly after the tragic accident witch cost son’s life the 15 October 2013, the Sean Edwards Foundation came riding the 3, 340 km from the legendary Formula 1 track. Drivers and members of the association, arrived at 10 am at the headquarters of the Automobile Club de Monaco , wore a specially designed cycling outfit.

After a ten minutes short briefing and a family photo with the press, the riders have done one lap of the famous track before taking the way of Dolce Aqua in Italy. Among them, there were former personality of F1 like Eddie Jordan, David Coulthard and Alexander Wurz. Current generation of drivers was also represented by Daniel Ricciardo and Jenson Button.

When they rejoin their destination on the other side of the border, drivers made a break with coffee and croissant. Solicited another time for a photo session, the riders saddle on then for the reverse trip to the Principality.

The Sean Edwards Foundation distinguished by multiplying initiatives to educate drivers about safety. It was created in order to change attitudes and increase safety measures in motorsport. SEF campaigns for the banning of open-faced helmets and of non-compliant passenger seating. The Foundation also campaigns for the installation of a survival cell in all sports cars. 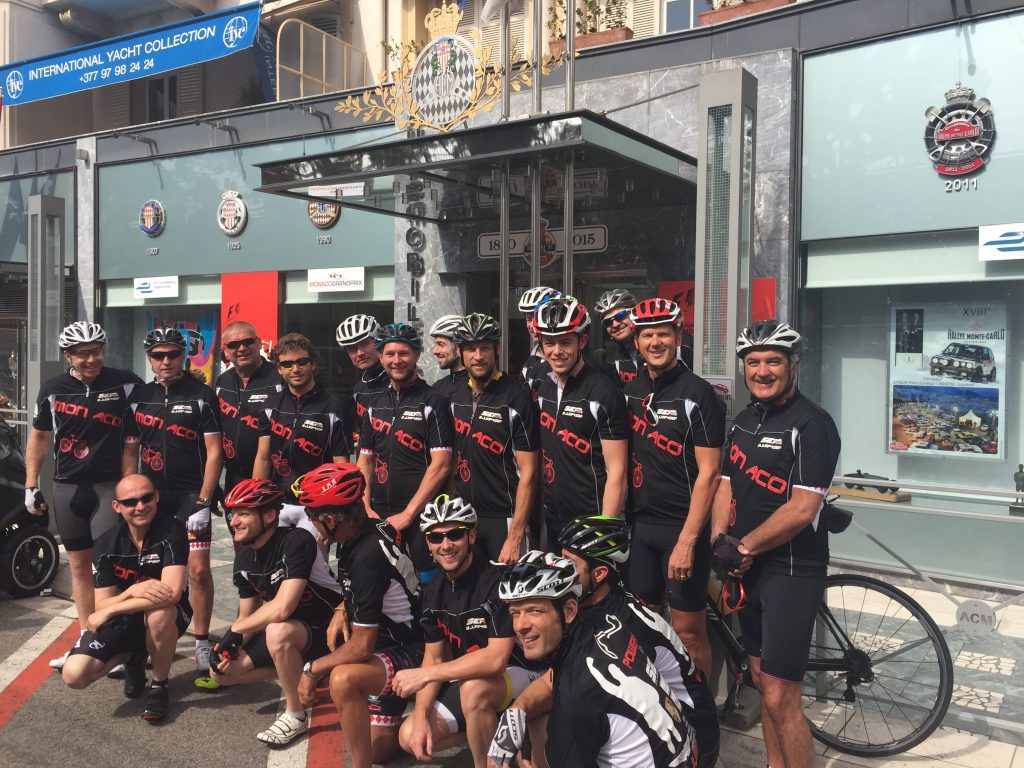