Man of the Day: Jean Alesi

He deserved to drink a cup of Champagne on the podium, he lost it all at the end of a superb race but it was not his fault. He was disappointed but he will be back next year : Jean Alesi was cheered and applauded by drivers in the pits, fans in the grandstands, when he made his way back to the paddock. He had led three quarters of the race in amazing manner, he had resisted all the assaults of a very excited Marco Werner survolté (too optimistic at the end?), and the black Lotus ended up pushing his Ferrari 312 B3 in the wall. A few minutes later, Jean discussed the incident with Toni Seiler, who had just finished the same Race F, and recalled the Monaco GP in 1992, when Ayrton Senna won for the 5th time in the streets of the Principality after resisting until the finish line, and closing all the doors to Nigel Mansell, who could never pass him. Because as Jean Alesi summarizes perfectly, « when there is no space, you cannot pass ! ». Jean will be back for the 13th edition of Grand Prix de Monaco Historique, he promised ! 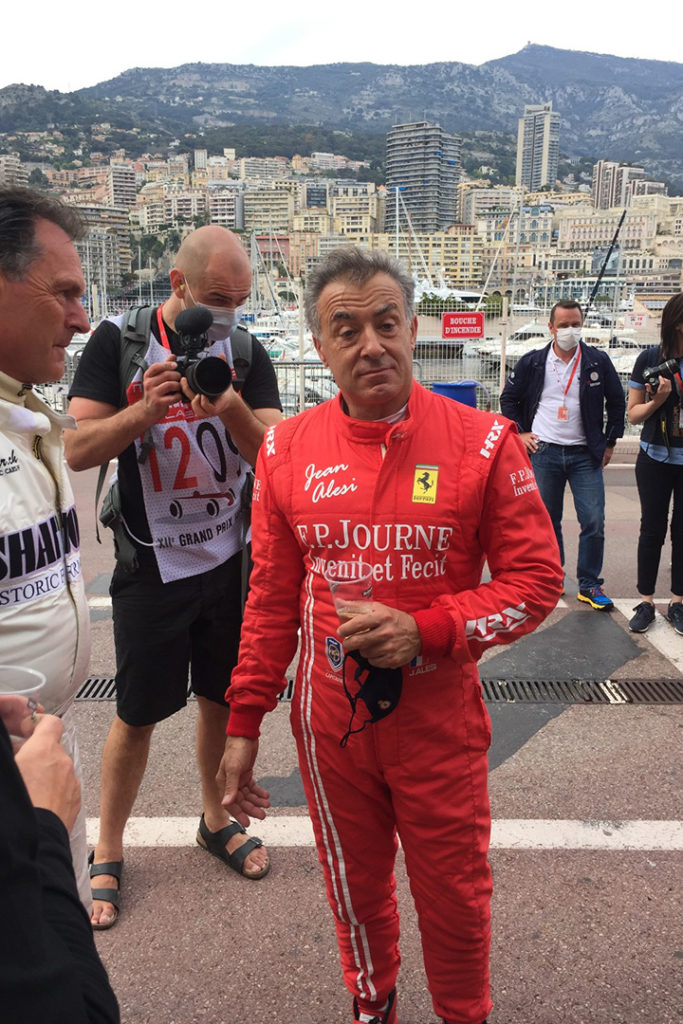