Race F, for F1 cars built between 1973 and 1976, will offer a beautiful first row to the thousands of fans expected on Sunday. Starting on pole, there will be a treble winner at Le Mans 24 Hours, Marco Werner, who clocked a very impressive 1:31.261 on Saturday, in his Lotus 77 entered by Chromecars Racing. On his side, there will be a very focused Jean Alesi, who took part in 201 GPs altogether, in six different teams, but 79 of them in Ferraris. He waited patiently for the track to become less slippery and clocked a very good lap right away. The two « old » drivers managed to go faster than two younger drivers, 30-year-old Michael Lyons in a McLaren M26 that James Hunt drove at the end of his F1 career, and Julian Andlauer, who is more used to driving Porsches, in a March 761 which was once driven by Arturo Merzario. The only bad news of the day came from René Arnoux, who hit the wall in his Ferrari 312 B3 when his gearbox briefly let him down. 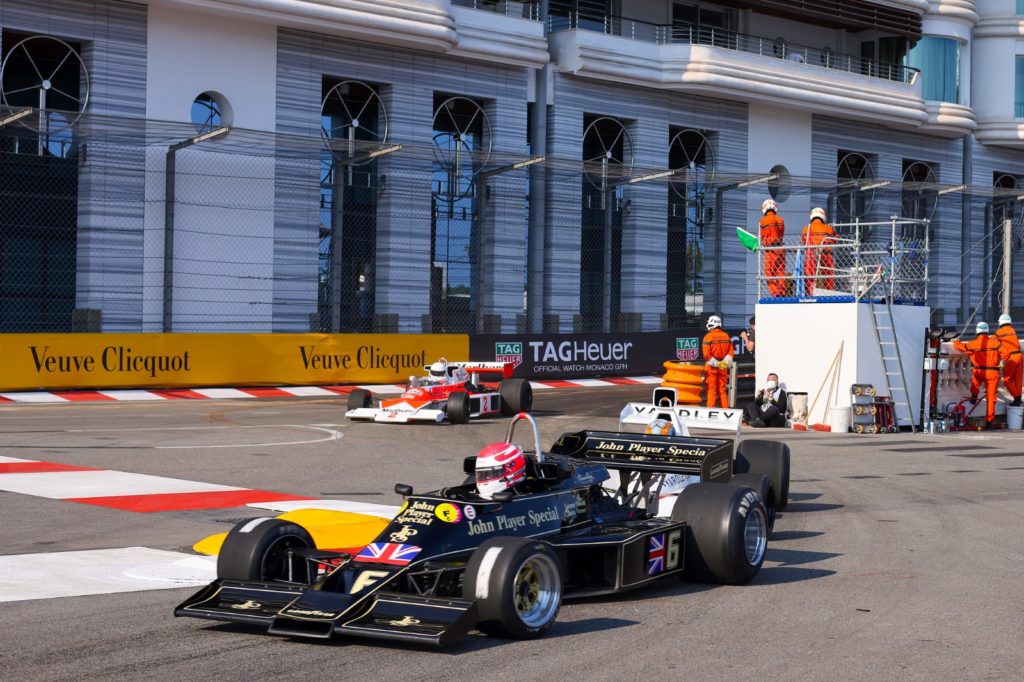