The race: Da Costa wins in style, two DS Techeetahs in the Top 4 !

Defending Formula E champion Antonio Félix da Costa (DS Techeetah) won his first race of the season, in style, at the end of a superb race in the streets of Monaco, on Saturday afternoon. The Portuguese started on pole for this 4th Monaco E-Prix, but he had to resist a serious customer in the person of Robin Frijns (Virgin), who led the race two or three times and eventually finished in 2nd position, thanks to a lack of power on Mitch Evans’s Jaguar in the last lap.

The Kiwi finished the race with 0% power in his batteries but could still climb on the podium with da Costa and Frijns, where all three drivers were congratulated by HSH Prince Albert II of Monaco and FIA president Jean Todt, fully equipped with masks and white gloves.

This is the 2nd win for DS Techeetah this season, after Jean-Eric Vergne’s masterful display in Race 1 in Rome. « JEV », the winner in 2019 here and double Formula E FIA champion, managed to finish 4th, the same place as on the grid, after an eventful race which saw him miss the first pass at Casino for catching the Attack Mode. The best move of the day was definitely an audacious overtaking manœuvre by Evans on da Costa at the end of the Beau Rivage uphill portion, in a very spectacular location, just before the Casino curve.

This is the 4th time, out of 4 Formula E races in Monaco, that the poleman wins at the end, but this time the scenario was perfectly written and suspense was maintained until the chequered flag. It was only interrupted for a few minutes when the one and only Safety Car period allowed all drivers to cool down, less than 15 minutes before the end, following the Mini Electric. The two leaders of the World Championship, Nyck de Vries and Stoffel Vandoorne (Mercedes), ended a terrible Saturday in respectively 20th and 22nd positions. But they remain at the top of the FE standings, ahead of Frijns, the Virgin driver, Bird and Evans, the Jaguar drivers. 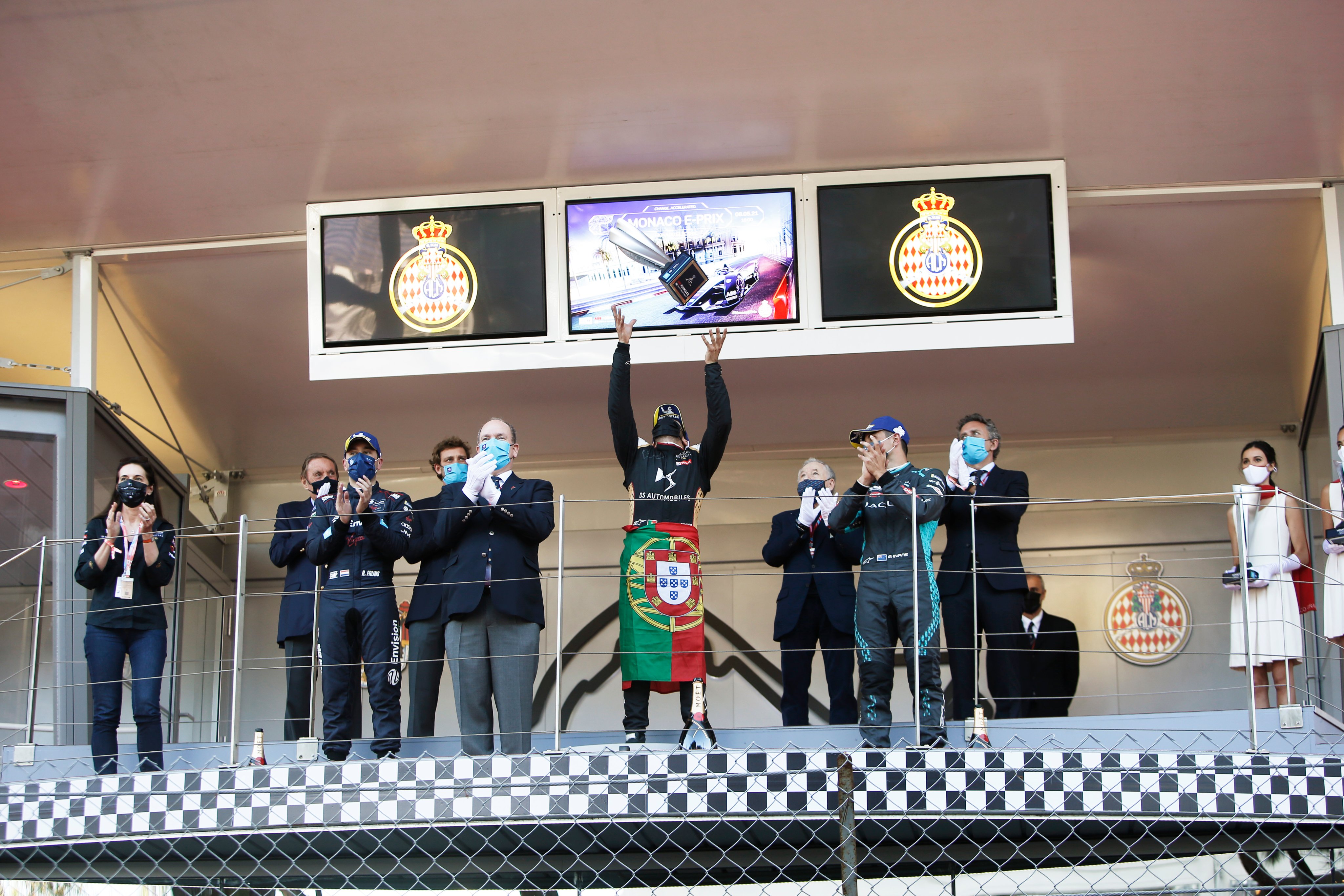