To celebrate the 20 years of the creation of its event dedicated to new and renewable energies, the Organising Committee of Automobile Club de Monaco have prepared, for this special occasion, a 100% brand new route. Exceptional circumstances deserve an exceptional organisation…

First novelty, for this anniversary edition, a new city has been added to the start of the Concentration Routes. After submitting its application, Montauban was chosen and joins the side of the two other French cities Annecy le Vieux and Clermont-Ferrand, as well as Lugano in Switzerland.

The competitors, whose participation to the 16th Rallye Monte-Carlo des Energies Nouvelles will be confirmed, will start on Thursday, 26th March 2015 in direction of Gap, new host city for this year.

The definitive route of the 2015 edition will be available mid-september. 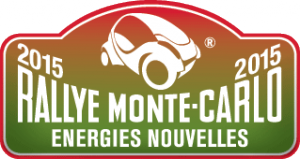