Find the reactions of the first three drivers of the classification and their co-drivers during the post event FIA Press Conference.

Sébastien, congratulations on this win – what a result. How do you feel?

SO: Obviously I feel really great. It was so many new things, but something is not new: we are here as winners of the Monte Carlo Rally – that’s something I never get bored with! We had one of the most difficult challenges, certainly for our generation of drivers, on this rally this year. And when you add on top of that, I joined M-Sport about a month ago and only had a couple of days in the car. When I came here I thought anything could happen – this is Monte, but I was missing some special preparation. To be here is a great surprise and I am very happy for the whole team. Really, I have to say a special congratulations; we could never win if they did not make a good car before we got here. Well done all the guys at M-Sport.

How’s the feeling in the Fiesta?

SO: It’s still a bit early to judge the performance of everyone, it’s very hard to see who’s making the big difference or to see any dominance from anybody. This is a good sign for the championship. I hope at the end of the day we are all there with similar performance, that’s good for the sport, but I also hope we continue in this way [winning]. I love Sweden, it’s a rally I have won a couple of times and I look forward to it. In the past, the Fiesta has always been strong in Sweden and there’s nothing I can see which won’t allow me to be confident for going to Sweden.

How tough were the conditions this morning?

SO: We had quite a good gap this morning and I was somehow confident. But in the first race with the new car everybody has had some tension. In the first stage this morning we discovered Ott had a problem and we were scared it could happen to us. I was really hoping he [Tänak] could make it to the end, he was really deserving to be there. The last stage was difficult, the others were nice and I could enjoy the driving. But the last pass of Turini was tricky – we started with the worst conditions and we knew there was no chance to fight for power stage points, so we decided to bring it home.

SO: So far we had quite a great start, I’m sure this helps build any relationship. It’s been strange when we come back to Monte-Carlo to chill with everyone and congratulate people I almost don’t know yet! But I think this is the best way to start working together. I’m sure we’ll have more success together.

Julien, there were lots of changes before this rally. Did you believe you could come here to win?

JI: I was speaking to another journalist before and I said I had not known so many preparations and it’s actually quite contradictory for this rally. Normally you need to have the maximum preparations here in Monte-Carlo. You need to know everything on the car and with the team and for the changes of road conditions. We knew we had a team behind us pushing hard. We knew this could be a rally of the driver with a certain skill and he could make the difference. I wouldn’t have bet we couldn’t win this rally before the start.

This must be one of the toughest challenges of the year for the co-driver?

JI: Maybe you should ask this one to Martin [Järveoja] as he has had a real baptism of fire. I must say congratulations to him, he did a good job: bravo! I’m happy to have a Monte like this, but just once a year. It’s really tough to get the notes from the gravel crew and then give the notes [to the driver] at such high speed as this. As well, there is more information coming in the beginning, middle and end of the corner, it’s really tough. I’m not going to sing or do anything stupid; we’re in a British team now and we need to get smart and get reserved. We are British, especially when we had dinner in Malcolm’s house. Elaine – Mrs Wilson – was on my side and she told me: “We go on our holidays the week following the rally…” Very nicely, she was giving us the order: make my man happy for the holiday. So we won!

Jari-Matti, you must be delighted with your first event and first podium with Toyota?

J-ML: This is a fantastic result. It was Finland last year, that was the last time I was on the podium. The end of last year was very difficult. But this new team brought a lot of motivation for me. I came here with the target of a top six and with no mistakes and a consistent run, but we could see early the car has good potential. Of course, we were a bit lucky, but this is Monte- Carlo and I couldn’t ask for more than second. I am so glad and happy, the boys built this car in Finland – rally cars can be built in Finland!

What are your thoughts on the Yaris, is it better than you expected?

J-ML: Yeah, absolutely. I got more and more comfortable in the car as the rally was going. Most of my testing had been done on dry Tarmac with only one day of winter conditions. Coming like that to this event, I was a little bit concerned. I wasn’t so confident with the car, but over the weekend I built the confidence and I have to say the car was working really well. We had to pull the car from Parc Fermé on Friday, which was a bit exciting. On Wednesday, still things were everywhere and the boys were still assembling my gearbox 30 minutes before shakedown. But it was ready, and I can’t imagine they work so hard and make the car perform like this.

What are your thoughts about Sweden?

J-ML: That’s a great rally. I have tested the car on snow and it feels really good, but I don’t know exactly how it will be on the snow there. The car has a lot of potential, so we go out there and see what will happen. We are all really motivated and looking forward to the next races.

Miikka what about atmosphere in the team?

MA: When we started with the team we felt it was one of the most motivated teams, it has been the same at our previous teams, but when we are a Finnish team as a Finnish crew, for sure it feels good. So far there are the correct people in the correct positions.

Ott you had a few dramas, but you held on to the podium. How does that feel?

OT: It’s nice to be here. Always, everybody knows Monte is tricky, but this it added a bit of extra spice for us. Maybe there was a bit more stress in the last few hours. We were lucky with the tyres, the snow helped us with some very tricky conditions. We were down on power, but it didn’t make much difference. We just had to be a bit more brave coming down the hill.

But you had good pace throughout the weekend…

OT: I was quite surprised about that. Normally I don’t enjoy the changing conditions, but I can say I felt quite comfortable in the car even from shakedown. We have a good base car and quite a bit to improve, but we are going in the right direction. We had consistent speed. From the other side, this was the first rally for Martin and like Seb said, it was one of the trickiest and for sure the trickiest for me. To come out with these new cars, which are quite fast, and have to give so much more information and so much quicker, he did a really great job. He did his job so I was able to concentrate on doing mine.

What was the problem today?

OT: We were missing a cylinder, so we were a bit down on power, but we are not going to let this kind of issue stop us. I was able to do a little bit of help myself. These are small details. We got the points and now we keep working towards Sweden.

Martin, this was a baptism of fire, how are you feeling?

JM: Before shakedown I was a bit nervous. After the first stage there was no time to be nervous, the road section and schedule was so tight…

Did you enjoy it?

MJ: For sure, it was enjoyable to drive fast in those conditions.

Did you think you might not make it to the finish?

MJ: Today, at the start of the first stage, we thought the podium was finished. It was a bit stressful, but we did it. 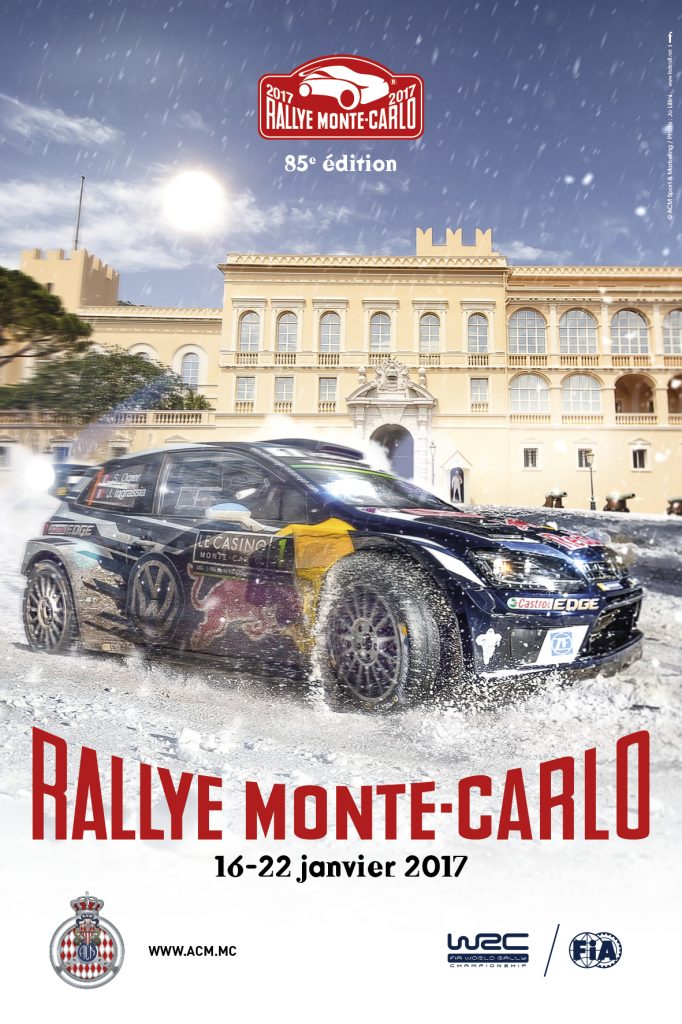