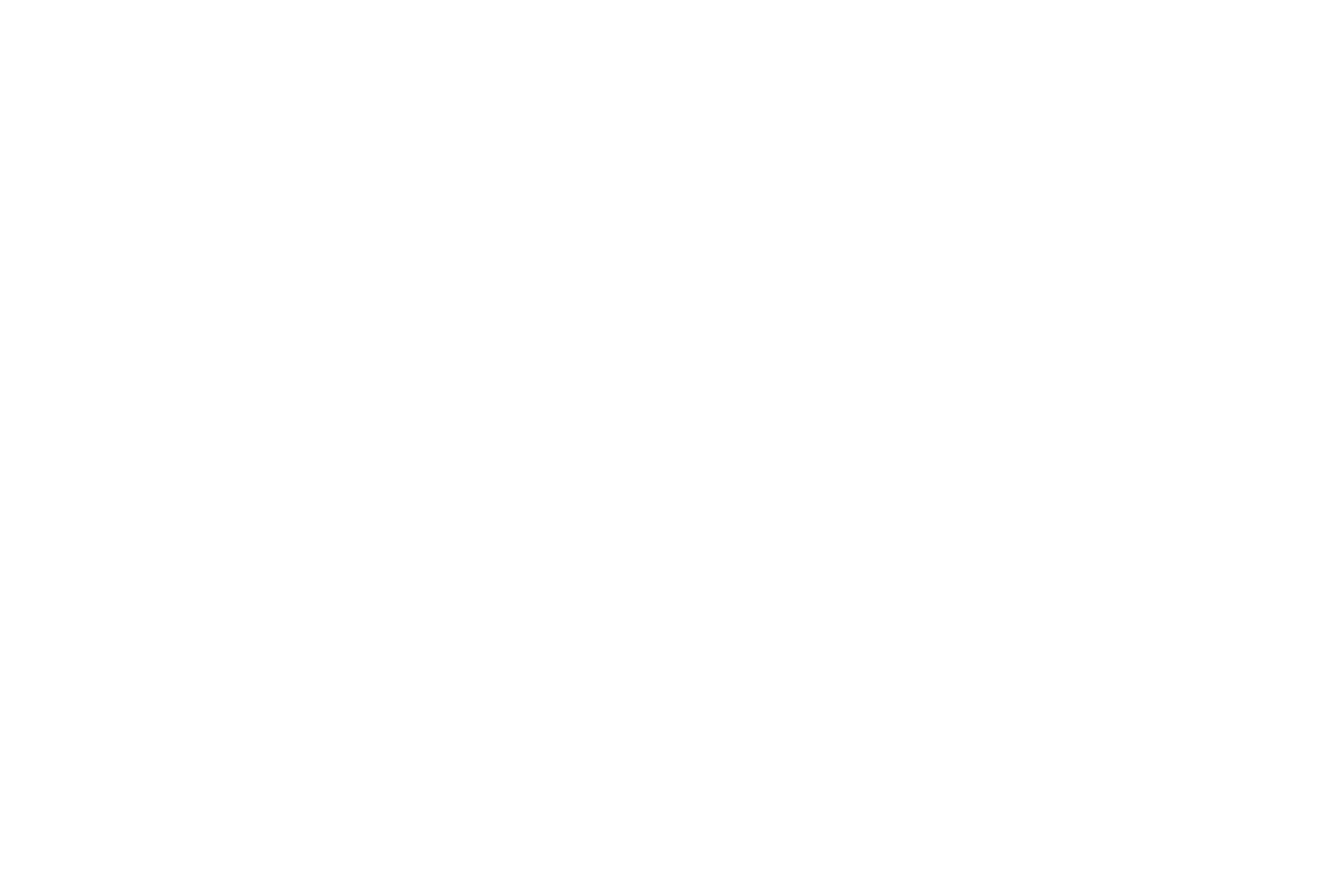 26.05 – 18:28 – Third Monaco win for Lewis Hamilton !
He started on the pole and finished the race in the same positon. Lewis Hamilton was keen to prevent Max Verstappen from overtaking him. The British man managed to restart the race superbly after the intervention of the Safety Car on the track to let the marshals collect the hazard left by Charles Leclerc. The Monégasque had to retire after his crash with Nico Hülkenberg at la Rascasse.
During the SC all the front drivers pitted. Another race incident happened at this moment. Max Verstappen was released unsafely by his mechanics and got a 5-second penalty. This is the reason why he is not standing on the podium today.
Even if the last few laps were stressful, Lewis Hamilton was the first driver to cross the finish line. Max Verstappen finished second but with his penalty he’s down to 4th. The podium of this 77th Monaco Grand Prix is composed of Lewis Hamilton, Sebastian Vettel and Valtteri Bottas. Pierre Gasly gets the extra point for the best lap in 1’14’’279.

Reactions
Lewis Hamilton: « It’s probably the hardest race I ever had. For me there was no way I was going to make it. We all know it has been a hard weekend emotionally.  I was fighting with the spirit of Niki. I was trying to make him proud »

Sebastian Vettel: « When I saw Bottas and Verstappen touching in the pit lane, I thought we might have a chance – but ultimately it’s a good result for us. Today is about Niki really. He was an icon in the past and he will continue to be in the future »

Valtteri Bottas: « Obviously, it was a disappointing weekend for me as I had the speed. Today was difficult »

26.05 – 13:55 – Smolyar wins the second Formula Renault race
Formula Renault drivers offered a quiet race for their last appearance on the Monégasque track. At the end of the 30 minutes and one lap Alekansder Smolyar is the winner. Second at the end of yesterday’s race, the Russian man was able to keep his starting position. Victor Martins and Joao Vieira are the two other drivers on the podium.

26.05 – 11:17 – Ammermüller wins in Monaco !
Starting in pole position after Larry ten Voorde’s 2 grid place penalty, Michael Ammermüler secured the win in the Porsche race. The German pilot had a quiet race even with the Safety Car intervention 5 laps before the end of the race. The BWT Lechner Racing driver finished ahead Mikkel O. Pedersen and Larry ten Voorde. This is his first win of the season after his third position in Barcelona two weeks ago.

25.05 – 18:14 – Anthoine Hubert wins the second F2 race
The race was hectic as five drivers had to retire. The Safety Car came twice on the track but nothing to perturb Anthoine Hubert who was able to keep his starting position. The end of the race was restless as Louis Deletraz was in Hubert’s rear. The pilots finished the race side by side but at the end the French man was the first to cross the finish line. Guanyu Zhou could overtake Artem Markelov in the first lap and took his place on the third step of the podium.

25.05 – 17:18 – Lewis Hamilton in pole position of the 77th Monaco Grand Prix
We had to wait until the very end of the qualifying to know the man in pole position. Lewis Hamilton got the pole thanks to an aggressive final lap. He is ahead Valtteri Bottas, who finished 0’’086 behind his teammate. The Mercedes drivers will try to have a 6th consecutive 1-2 finish. Max Verstappen and Sebastian Vettel will start on the second line and will try to stop the Mercedes dominion. A new track record was set during the qualifying as Lewis Hamilton completed his pole position lap in 1’10’’166.  The elimination of Charles Leclerc in Q1 was a bombshell. The Monégasque will start from the 16th position tomorrow.

Reactions
Lewis Hamilton: « This is definitely one of the best pole I can remember. I can’t remember one that was as important as this one. It has been a difficult week. But I’m proud of everyone and now we will try to deliver. »

Valtteri Bottas: « Congrats to Lewis for the pole position. I’m proud of the 1-2. But I’m disappointed with the qualifying. I felt after the first lap there were plenty of places to improve, but I had traffic and couldn’t get the tyres up to temperature. »

MaxVerstappen: « I hadn’t much qualifying here so I’m happy to be on third position. It’s better than the past years. My lap was pretty stable, not bad. I had a bit of traffic on my out lap, my tires were a bit cold then. But we did a good job and for myself it has been a good qualifying. »

25.05 – 13:51 – Charles Leclerc tops the FP3
Last free practice before the qualifying at 3pm this afternoon. After 20 minutes in the session Sebastian Vettel hit the wall at Sainte-Dévote. The German came with too much speed in the first corner and couldn’t stop his car before the crash. The mechanics will have two hours to repair the car. At the end of the 60-minute session Charles Leclerc tops the FP3 with 1’11’’265. The Monégasque took a lot of confidence for the qualifying.

25.05 – 11:35 – Victor Martins wins the first race
The front trio had a quiet race has they finished in the same order they started the race. Victor Martins, Aleksandr Smolyar and Caio Collet were able to keep their position for the entire race. The second race is scheduled on Sunday at 12pm.

The two Renault drivers had the opportunity to test the brand new Mégane RS Trophy R on the Monégasque track. The French firm is the historical partner of the Automobile Club de Monaco. Nico Hülkenberg and Daniel Ricciardo presented the new Renault sport car for the first time to the public. The teammates completed some laps on the circuit. The next time they will be on the track will be on Saturday at 12pm for the last Free Practice session

24.05 – 13:25 – Nyck de Vries wins the first F2 race
The first of the two F2 races was eventful. Even if it’s hard to overtake on the Monégasque track the pilots have been jostling for position. In the middle of the race Mick Schumacher hit Tatiana Calderon at la Rascasse. The crash created a blocus and the race directors had to wave the red flag to unblock the area. The race restarted after a few minutes of interruption. The last few laps were perturbed by the crashes of Jack Atiken and Juan Manuel Correa, which required the intervention of the Safety Car. At the end of the 41 laps Nyck de Vries won the race ahead Luca Ghiotto and Nobuharu Matsushita.

24.05 – 09:54 – Aleksandr Smolyar in pole position for Saturday’s Formula Renault race
This morning qualifying was driven on a wet track. And when the circuit is wet it becomes trickier for the drivers. After a spin Alessio Deledda ended up his session at Sainte-Dévote. Two minutes before the end of the Group A qualifying Sebastian Fernandez hit the rails at the top of Ostende.

Thanks to the numerous laps completed the circuit became drier and the pilots could put the slicks on. A daring strategy that was costly for Frank Bird. The British man hit the wall at the Casino. Same crash for Kush Maini but this time at Mirabeau. Joao Vieira was the last victim of this session as he ended up in the tires at Sainte Dévote. The Portuguese man remains second on the starting grid for tomorrow’s race (at 10:15 am). Aleksandr Smolyar took the pole position (1’41’’335).

23.05 – 18:39 – Red flag in the Porsche free practice
The Porsche were on the track for the last session of the day. But 5 minutes before the end the free practice Al Faisal Al Zubair hit the rail just before the Casino. The Race Directors had to wave a red flag to let the marshals intervene. The session ended up on this even and Michael Ammermüller was leading. (1’35’’564)

23.05 – 16:51 – Mercedes on top in Monaco
Second session of the day and this time Mercedes dominate. After 90 minutes of practice Lewis Hamilton has once again the best time of the session in 1’11’’118. The British man is ahead his Team-mate Valtteri Bottas (1’11’’199). The third pilot of the FP2 is Sebastian Vettel who stands 0’’763 behind the Silver Stars. This afternoon surprise is Alexander Albon who could finish the session on the 5th position. On Friday the Teams will have a day free of driving. They will be back on Saturday for the FP3 and the qualifying…

23.05 – 14:20 – De Vries takes the pole
Two groups, two sessions of 16 minutes each to define the starting grid of tomorrow’s race – at 11:30 am. The Group B was quicker than the Group A during the qualifying. A the end of the sessions Nyck De Vries takes the pole. Luca Ghiotto is the second driver on the front line. During the Group B qualifying Dorian Boccolacci hit at Swimming pool. The crash didn’t disturb the session. The Frenchman was able to take his car back to the garage without the intervention of the marshals or the VSC.

23.05 – 13:26 – Lewis Hamilton tops the FP1
The F1 are finally on the track. After Formula Renault and F2 sessions, it was their turn to practice on the Monégasque circuit during 1h30. A few of the pilots had to use the run-off areas due to driving mistakes. The two Haas cars received a black flag. The pilots were brought back to the pits after the team were unable to communicate with them due to a radio and telemetry issue. The FIA stepped in so they could get the cars back to pits. At the end of the session Lewis Hamilton (1’12’’106) tops the FP1 ahead of Max Verstappen (1’12’’165) and Valtteri Bottas (1’12’’178). During the first part of the FP1 the Ferraris competed equally with the Mercedes. But at the end they are 0.361’’ and 0.717’’ behind the leader of the world championship. The next F1 session is scheduled at 3pm.

23.05 – 11:50 – F2: Nicholas Latifi tops the free practice
F2 drivers have been practicing for 45 minutes on the circuit. Nobuharu Matsushita had to retire when his car stopped just after the Hairpin. The pilots battled for the best time and at the end of the session Nicholas Latifi tops the free practice (1’21’’887). The actual leader of the F2 championship is ahead Nyck De Vries (1’22’’001) and Luca Ghiotto (1’22’’327). The next sessions for this category are set at 1.20pm and 1.44pm for the qualifying.

23.05 – 09:21 – Victor Martins got the best time in the Formula Renault free practice
During 50 minutes the Eurocup Formula Renault drivers were practicing on the circuit. The session was perturbed by two accidents : Frank Bird crashed at Sainte Dévote and Alessio Deledda hit the rail at Swimming Pool. At the end of the 50 minutes Victor Martins got the best time (1’32’’936). Alekandr Smolyar (1’33’’187) and Oscar Piastri (1’33’213) complete the podium.

The WRC - FIA World Rally Championship is back and with a brand-new look! The new generation of hybrid-powered Rally 1 cars make their debut at the #RallyeMonteCarlo, where the entire range of Pirelli tyres will be available. 🇲🇨 press.pirelli.com/pirelli-equips-the-start-of-the-wrcs-brand-new-hybrid-era/#WRC #Fit4Rally #Pirelli #Pirelli150 ... See MoreSee Less 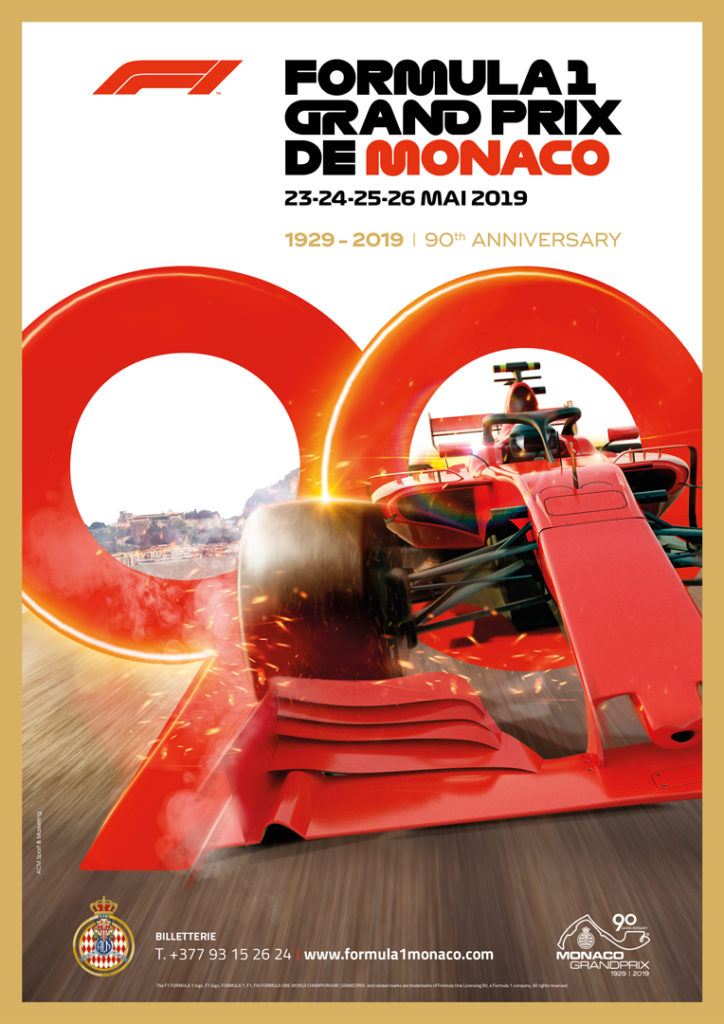