More than a destination, a passion!

The Grand Prix de Monaco Historique will celebrate in 2016 its 10th edition, an unmissable event for worldwide collectors and classic motorsport fanatics.

Within two and a half days, from Friday 13th afternoon to Sunday, May 15th, 2016, the Principality of Monaco is going to be transformed into a real temple to turn back the clock. It is indeed about 50 years of motor racing that will be commemorated, through 8 exceptional series:

This 10th edition of this Grand Prix de Monaco Historique will be an occasion to distribute the fiftieth’s cup in order to celebrate the Formula One – 3 liters – including the cars involved in the F1 Grand Prix between 1 January 1966 and 31 December 1969 (Race F – Class 1). The two races for Formula 1 – 3 liters – will not accept cars after 1976 (1978 at the latest edition).

By the end, the Formula 3 car’s gives way to the Formula Junior (with front-engine, equipped with drum brakes – Race D) who will be celebrating their Diamond Jubilee.

The changes from the previous editions are as follows:

The “Credit Suisse” bank and the famous “Chopard” watch factory, both engaged in major international events such historic motor racing and Concours d’Elegance, and “Veuve Clicquot“, the historic champagne house, will be the partners of the Automobile Club de Monaco for this 10th edition of the Grand Prix de Monaco Historique. 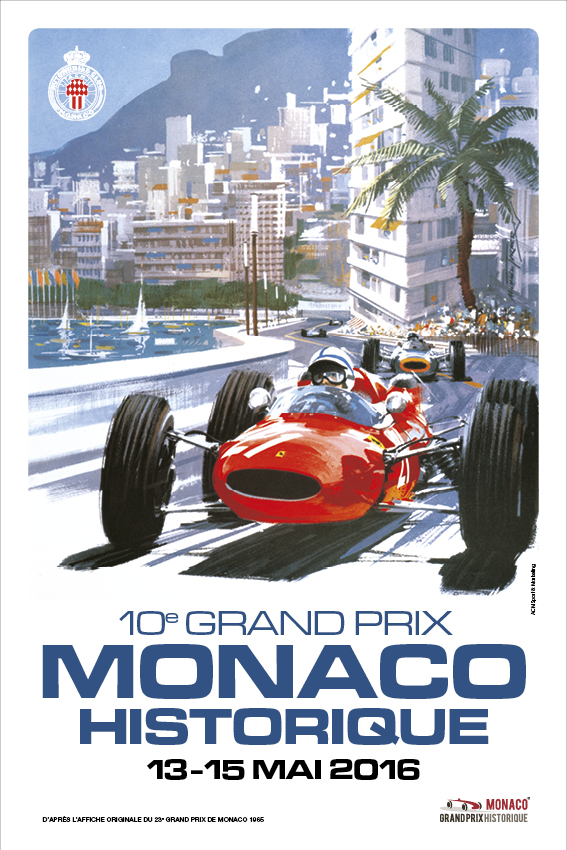