Monaco E-Prix is back in Principality for a third edition on Saturday 11thof May 2019.

After the 2015 and 2017 editions, the electric car, which also have the halo on, are back in Monaco. And the innovations for this 5thseason are numerous :

For the third edition of the Monaco E-Prix, the Allianz E-Village is located on the Quai Antoine 1er. In addition of the number of stands dedicated to entertainment, the Allianz E-Village gives the opportunity to get up close with the latest features and innovations of the car manufacturers. Test your skill in the Gaming Zone on one of our simulators. This is also the place where you can meet your heroes during the traditional autograph session.

The other major innovation of 2019 is on track is the Jaguar I-PACE eTROPHY. The first race was held on 15th of December, during the Ad Diriyah E-Prix. First all-electric production based international race series, it puts on stage the first battery all electric car of the Jaguar range, the I-Pace SV, modified for racing. 20 drivers will fight for victory during 10 meetings made up of free practice, qualifying and 30 minutes’ race. In Monaco the race is scheduled after the Monaco E-Prix.

For this 9thstage of the 2018–19 FIA Formula E season, a unique prize of 30€ for each ticket is purchasable online (http://www.monaco-eprix.com) or directly at the service location of the Automobile Club de Monaco on 4 rue Grimaldi in Monaco. 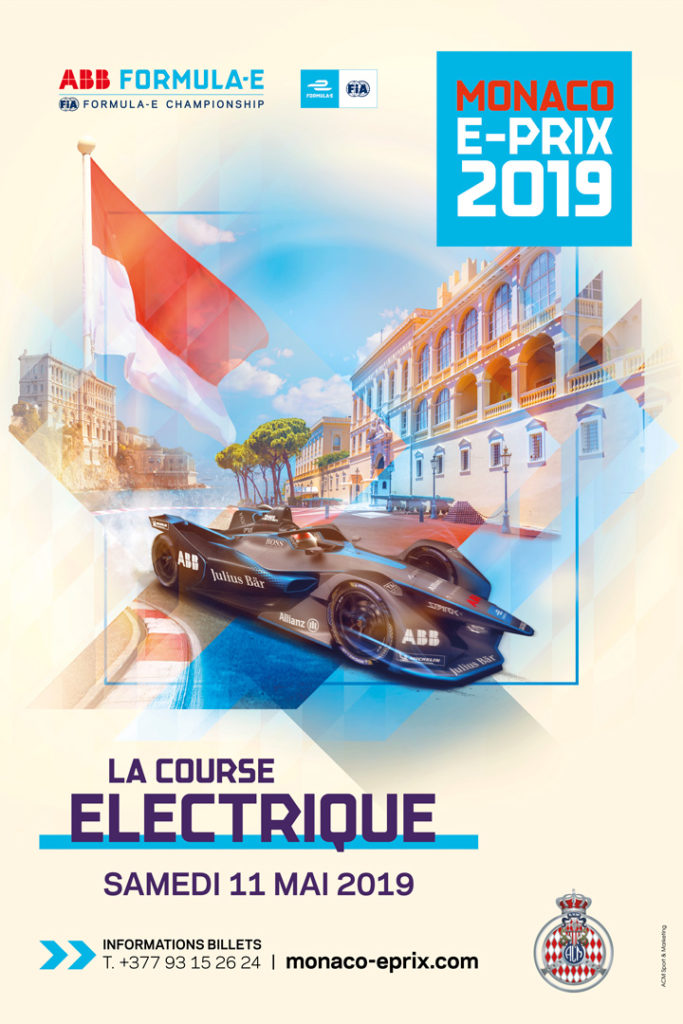