In order to determine the general frame of the inaugural event of World Rally Championship (WRC) 2018, the Organizing Committee of Automobile Club de Monaco (ACM) honored its well-deserved reputation, once again, by creating a perfect blend of tradition and innovation: the proportion of new sectors will rise to 50% compared to the 2017 route. This 86th edition promises to leave no competitor indifferent…

After two and a half strenuous days for recce, from Monday January 22 at 8 o’clock to Wednesday 24 at 2 pm, all competitors cleared to race will be able to test in race conditions, from 4 pm, during the official shakedown session (3,35 km). This portion will be strictly identical, on La Garde road, within the limits of Gap city, to the one used in 2016 and 2017. Gap will welcome the rally for the 5th consecutive year and install the Service Park as always, near Monaco

The official start for 86th Rallye Automobile Monte-Carlo is scheduled for Thursday January 25, Casino Square in Monaco , from 6:00 pm onwards. During the first nightly leg, a couple of interesting special stages will be organized in the department of Alpes-de-Haute-Provence: Thoard – Sisteron (SS1 – 37.13km), raced in that direction for the very first time in WRC, will be followed by Bayons – Bréziers (SS2 – 25.49km), already used in 2017. Two great scenes for major WRC contenders to start fighting in 2018.

Saturday January 27, north of Gap, will be just as tough as the previous days, with special stages based in the departments of Isère and Hautes-Alpes, and a double loop to start with, consisting of Agnières-en-

Dévoluy – Corps (SS9/11 – 29.33km) followed by Saint-Léger-les-Mélèzes – La Bâtie-Neuve (SS10/12 – 16.71km). However, this 3rd day will not be over since the crews will be back, by daylight, in the same Bayons – Bréziers (SS13 – 25.49km) stage as Thursday night, and then they will stop one last time at Gap Service Park before they drive back to Principauté de Monaco in the evening.

The conclusion of the rally, on Sunday January 28, will be made of four special stages (63.72km) with no chance of going through a Service Park in the steep hills of Alpes-Maritimes. So the drivers will go twice through La Bollène-Vésubie – Peïra-Cava (SS14/16 – 18.30km) and La Cabanette – Col de Braus (SS15/17 – 13.56km) which will be used as a Power Stage at the end of the second loop.

At 3 pm, all deserving crews will be welcomed and honoured at the ritual Prize Giving Ceremony in front of

Note: the length of the special stages is only indicative (and could be slightly different in the final version) 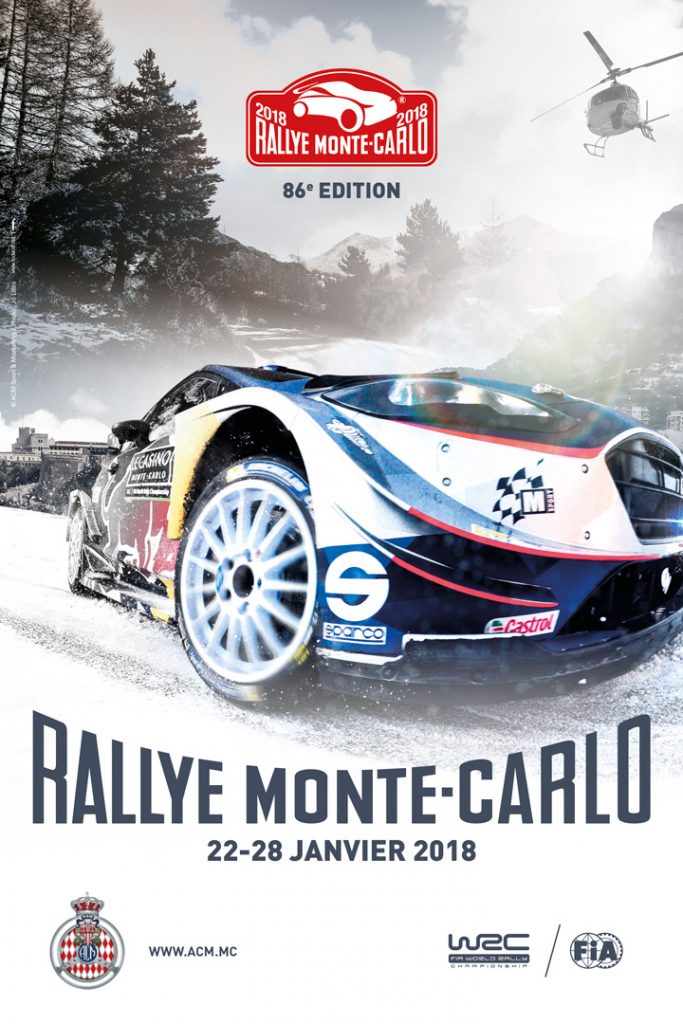