2015, first steps in the Principality for Formula E!

The history between the Monegasque circuit and electric races started in 2015. Launched few months ago in Pekin on September 2014, Formula E is the only single-seater motorsport championship that uses only electric cars and recognized by the FIA. 11 dates are on the calendar for this first season, with only temporary city-centre street circuits. 10 teams are enlisted on the Championship, who shows the interest of famous manufacturers as Renault, Audi or even Venturi.

For this first year, Monaco, with its legendary street circuit was a key essential venue for the promotor on its calendar. « This is the most traditional race in the history” said the Formula E CEO Alejandro Agag. “The first Grand Prix back to 14 April 1929. This remains a very important date. And this Saturday will also register as another historic moment for the Formula E and for Monaco as well. A special day for the whole motorsport. » 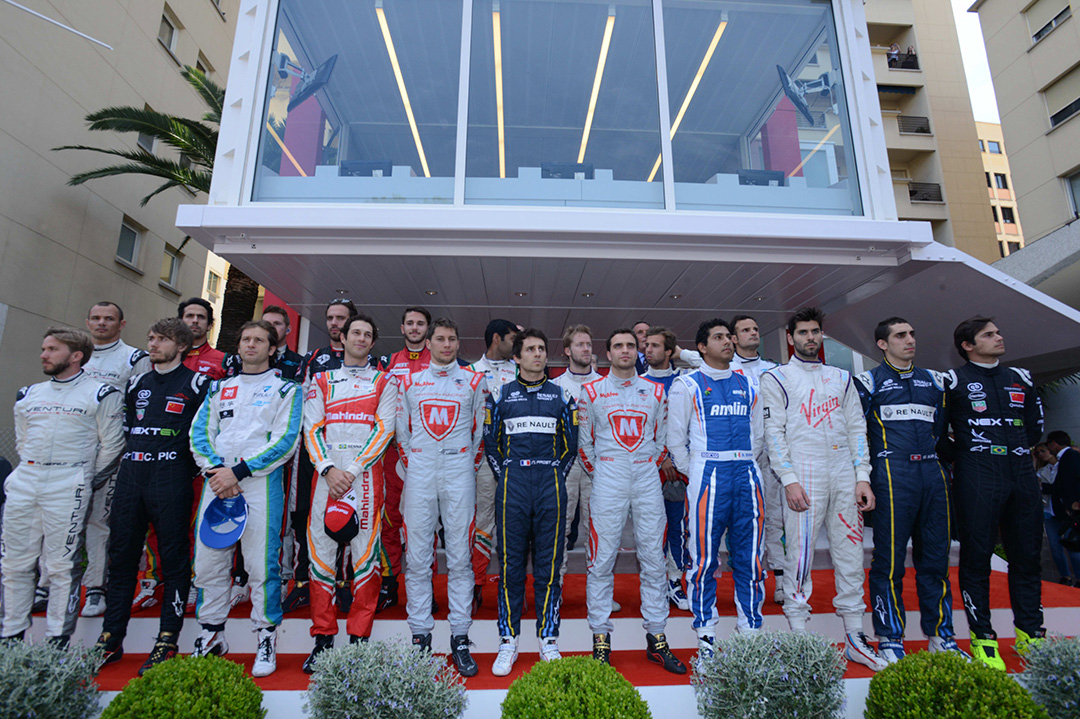 Round seven of the FIA Formula E Championship, the first edition of the Monaco ePrix took place on May 9, 2015, on a revisited track: 12-turns, 1.76km layout which uses the same start-finish line and pit complex but rather than continue up the hill to Casino Square the cars will take a sharp turn at Sainte Devote and re-join at the exit of the tunnel.
Monaco Grand Prix race winner (2004 / Renault) Jarno Trulli said: “I think it’s a reasonably good track and obviously the location is fantastic. It takes in half of the Formula 1 circuit, which is enough for the Formula E car and I’m sure it’s going to be good for overtaking. You can see that going down into the first corner there is a hairpin, then we head rearwards down towards the tunnel (Turn 3), where there is another hard braking with a possible overtaking point.”

The Italian driver was right. The start of this 2015 Monaco ePrix was marked by a big collision between Daniel Abt and Bruno Senna after few meters in the race, forcing the safety car to intervene.
Former Toro Rosso driver in F1, Sébastien Buemi, who claimed pole position, dominated the entirety of this first electric race in the history of the Principality. Despite the attempts of the Brazilian Lucas di Grassi (early pit stop), the Swiss driver of the e.dams Renault Team was the first to cross the finish line. The podium was complete by two Brazilians (di Grassi & Piquet). With the Fan Boost use, Jean-Eric Vergne did the fastest lap.
“Winning in Monaco is a special feeling. I knew nobody had ever won in Formula E starting from the pole position so I’m glad to get there”.

Suspense for the 4 following races on the Formula E calendar. This trio on the podium is now in the first 3 places. Few weeks later, Nelson Piquet Jr. will become the first driver to win the Formula E Championship, one point ahead of Sebastien Buemi. This first edition will remain a sporting success and in terms of public attendance with full grandstand on this Saturday 09 May.