Accueil » Alonso and Hamilton agree: Monaco is a must!

Alonso and Hamilton agree: Monaco is a must!

Two World Champions, Fernando Alonso and Lewis Hamilton, discussed the glorious history of Formula 1 on the eve of the first free practice sessions for Monaco Grand Prix 2021. The oldest of the two, the Spaniard, has been crowned twice (2005, 2006) with Renault F1. He now drives a blue Alpine, ha has already won in Monaco (2006, 2007), each time starting in pole, and he also won Le Mans 24 Hours for Toyota, but not yet at Indy 500. His experience his immense and he believes that the races of our times will be appreciated, in 20 or 30 years time, just as much as the 70s races are lauded today by nostalgic fans who miss the fights between Lotus, Ferrari, Tyrrell, Williams and McLaren. 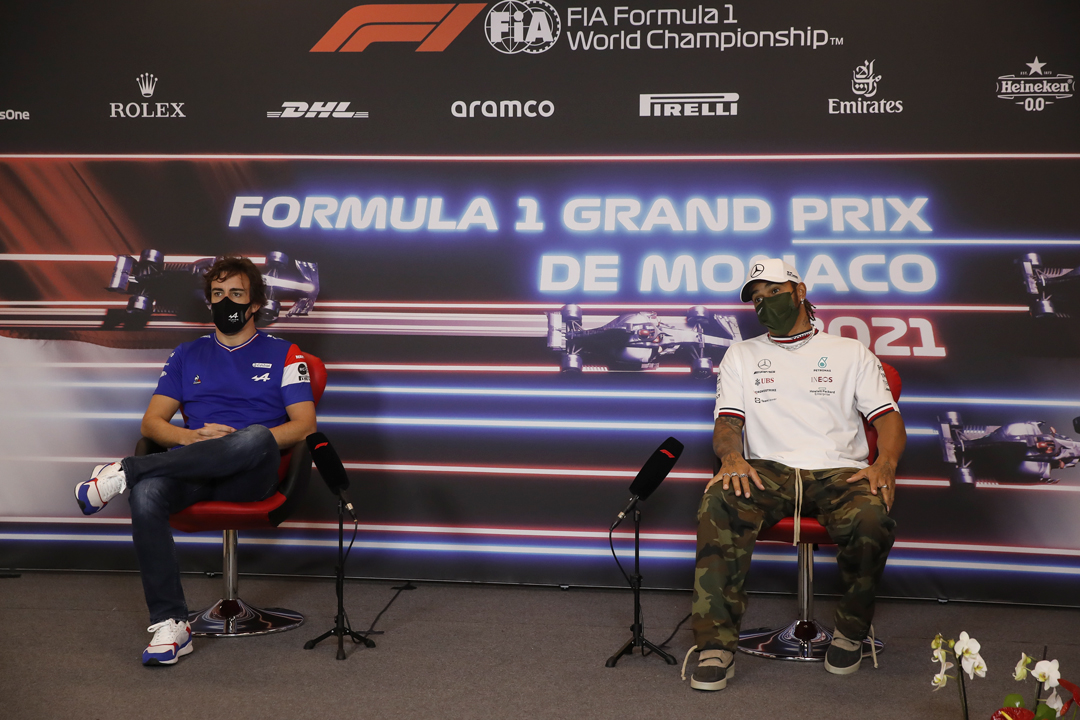 « I don’t think we can compare cars and years, championships and driving styles », Alonso said on Wednesday. « I think that in those years, it was amazing to drive these cars in Monaco. I can only imagine how hard it was, and how tricky it was at the same time. Now we have cars that go 15 or 20 seconds faster per lap. But the challenge is still the same and you have to maximise the package that you have in your hands. It doesn’t matter if you’re running in 1’30s or in 1’10s, at the end of the day it is the same spirit that has to go into the driving. So I respect a lot what the F1 drivers of the past achieved, and how they were able to drive those cars. And now I think it will be the same respect in 20 or 30 years’ time when fans watch the races that we are doing now.”

A Monaco resident, Hamilton already won three times in the streets of the Principality, for McLaren (2008) and Mercedes (2016, 2019). He is still very excited by this very special track, after all these years : « Just driving the track, in practice or in the race, going through the tunnel, up into Casino, the whole experience for the weekend is mesmerising. And that never changes. The feeling of winning here is never any less. Every year is unique and special if you are lucky enough to get the opportunity », he adds. By the way, in his own match against Alonso, with regards to Monaco wins, Sir Lewis is leading 3-2…