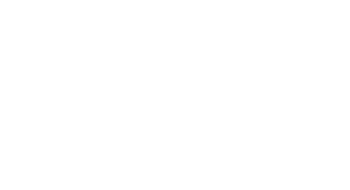 At the arrival of this 5th Monte-Carlo E-Rally, Virginie Decorte from Radio VINCI Autoroutes (107.7) and Denis Carreaux Editorial Director of Nice-Matin, gave us their impressions after this 2021 edition. For Virginie: “This partnership with the ACM for the E-Rallye Monte-Carlo is in line with the wish of the Radio to promote green and eco-responsible mobility. The best way to demonstrate the versatility of electric vehicles was therefore to enter the competition ourselves, which we did in 2018. In order to share our impressions with our listeners, three daily programmes are scheduled on our airwaves, including one live that I do from the car.” For the first edition, Virginie, who was already teaming up with Denis Carreaux, met him and discovered the subtleties of navigation. “At the time, it was recommended that I calculate our averages using the cross-multiplication! Obviously the end result was not the most glorious, but we got caught up in the game.”

One fastest time and multiple Top 10 finishes
For their third participation, the progress is dazzling. “Today we have equipment that is both efficient and intuitive, and that we discovered on the day of start. In two stages, the timemaster was tamed! With Denis, the automatisms are in place and above all we are no longer stressed at all.” For his part, Denis believes that “the automobile has always had a special place in Nice-Matin”. The Daily’s Editorial Director adds: “It was therefore logical that we were partners in an event that combines motorsport and environmental respect. It was also essential for me to bring the adventure to our readers by participating in it myself.” As skilled behind the wheel as he is with a pen, Denis is the driver while “Virginie concentrates on the course”. “I just have to turn the wheel and listen to her!” Obviously attentive to his teammate’s ratings, the results speak for themselves: a fastest time and several Top 10 finishes! Performances that give them ambitions for the future… To be continued!