Accueil » Jean-Eric Vergne gets the win in Monaco!

Jean-Eric Vergne gets the win in Monaco!

After starting on pole position Jean-Eric Vergne could secure the win. He was able to defend his position even with the attacks from Rowland, Massa and Wehrlein. The Monaco E-Prix has been an entertaining race with a lot of actions. With that win, Jean-Eric Vergne gets his second success of the season – he won in Sanya in March. The French driver ended the race in front of Oliver Rowland and Felipe Massa. The Brazilian did honor to his Venturi for its home race thanks to a solid driving. It’s the third podium of the season for the Monégasque team, the first ever podium in Formula E for Massa. 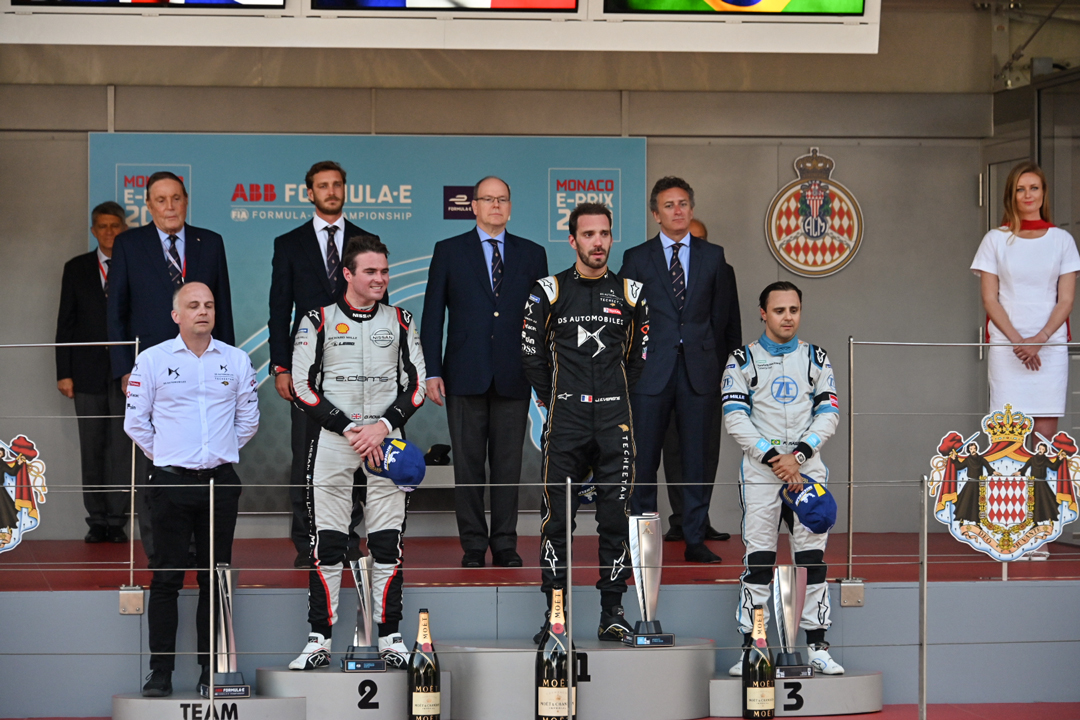 Jean-Eric Vergne
« This is my first podium in Monaco. I’m truly happy, it’s an incredible feeling. The race was pretty much under control, even if at the end it was very close. In the last few laps it was only a question of staying on the track and finishing the race. I had to make sure I was closing the door, but I was feeling pretty confidant. The team was stressed but in the car everything was under control. »

Oliver Rowland
« Of course Paris was disappointing, and afterwards it was frustrating with the 3-place grid penalty. We knew we had to maximise the qualifying and that’s what we did. To finish 2nd with a 3-place grip penalty is a pretty good result. It was a positive race. »

Felipe Massa
« It’s a great feeling to finish on the podium. It has been a nice race and nice qualifying. For once it was a clean race for us. Of course, it’s the best place to get on the podium in Monaco for the team, it’s our home race. It was really special because when I was standing on the podium I saw my son and he was screaming. It brings you extra happiness. »