It’s a battle royale that promises to take place in the streets of the Principality for the 79th edition of Monaco F1 Grand Prix, with four ace drivers spread in three top teams: Max Verstappen, the reigning world champion and new leader of the 2022 World Championship, at Red Bull Racing, Charles Leclerc, the local hero, in his Ferrari, Lewis Hamilton and George Russell for Mercedes.

One cannot expect any other driver to bother these top drivers who have accumulated 131 wins in F1, including 103 alone for the seven-time British world champion, 24 for the Flying Dutchman and 4 for the Monégasque. This 79th edition is more enticing than ever, between Sir Lewis and three spearheads of the new generation. Only Russell has never won in F1 but he has just finished in the Top 5 six times in a row this year, although he did not drive, by some length, the best single-seater on the grid.

To decide between the stars of modern F1, a little more eco-responsible and much less expensive for the teams, with a capped budget, a new format has been set up this year in Monaco: three days of F1, all inclusive, counting Friday morning for media duties and Friday afternoon for two free practice sessions, crucial to prepare for qualifying on Saturday afternoon. 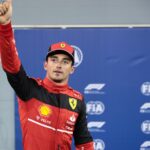 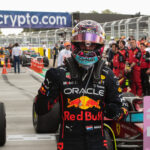 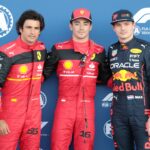 It is indeed an extraordinary 79th Formula 1 Grand Prix de Monaco that is scheduled, in front of fully booked grandstands and VIP boxes, after two years of coronavirus, masks and sanitary constraints. It is also the beginning of a new era for Formula 1, in Monaco and elsewhere, around Verstappen, Leclerc and Russell, but also Lando Norris and Daniel Ricciardo in their McLarens, and two former world champions who could reconnect any time with their past glory, Fernando Alonso (Alpine) and Sebastian Vettel (Aston Martin), thanks to their huge experience: 340 Grands Prix contested (32 wins) for the popular Spaniard, crowned in 2005 and 2006, 283 GPs (and 53 wins) for the German four-time world champion.

On the French side, Pierre Gasly (AlphaTauri) and Esteban Ocon (Alpine) will again be on the lookout if an opportunity arises, as in Monza or Hungary during their one and only success in F1, to date. The first two wins for a French driver in F1 since Olivier Panis in 1996… in Monaco! 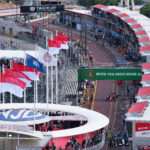 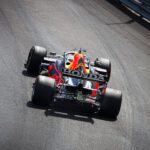 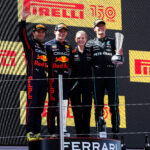 On Sunday, talent, strategy and a bit of luck, an essential ingredient in the Principality, will determine the name of the winner. It will be much the same recipe for the supporting races, with a particularly exciting menu: the future champions of Formula 2, the young wolves of the Formula Regional Europe by Alpine and the overpowered coupes of the Porsche Supercup, ready to delight, one more time, lovers of old-fashioned thrills.

In this new-format Monaco Grand Prix, support races will be the only stars on track on Thursday. With a handful of famous surnames for young drivers who want to make a name for themselves: Enzo Fittipaldi, Eduardo Barrichello, Sebastian Montoya, Jack Doohan, Liam Lawson, Marino Sato. One thing is certain, even if the format has changed, it will still be very hot on track, all along this very special weekend, in the streets of the Principality!