E-Prix: Summary of the 4 first editions

The debut Monaco ePrix took place on 9 May 2015 and was a historic moment for Formula E, as it was the first race to be held in Europe. The track which ran alongside Port Hercule, was a shortened version of the traditional Circuit de Monaco. Sébastien Buemi of e.dams Renault claimed pole position by two-tenths over Abt Sportsline driver Lucas di Grassi, and later went on to claim the win after a chaotic first corner that led to a 6-car pile up. 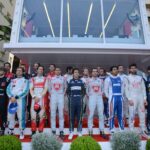 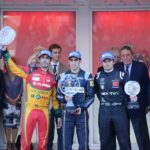 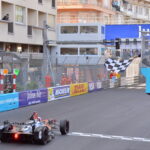 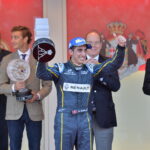 Formula E returned two years later to the famous streets of Monaco with a 51-lap race won by previous Monaco winner and e.Dams Renault driver Sebastien Buemi
(with Audi Sport ABT driver, Lucas di Grassi, finishing second and Mahindra driver, Nick Heidfeld coming in third). Buemi started the day on Pole and stopped the Audi driver from taking the lead after a safety car ( deployed on lap 22 following a crash between Piquet Jr and Vergne) allowed him to switch cars. Only 15 out of the 20 cars finished the race. 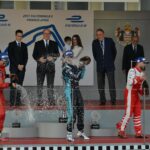 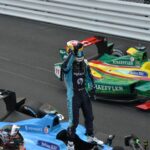 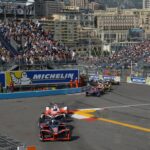 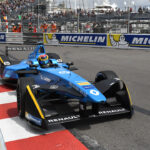 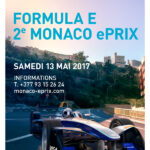 In 2019, the Techeetah-DS driver, Jean-Éric Vergne, was the Driver of the Day.
Started from pole, he managed to hang onto his position for his first win in Monaco despite nearly running out of energy. Wehrlein, who started from second, slid wide in Sainte Devote and was passed by Rowland and Massa who went on to take second and third place respectively. There was a lot of excitement over Massa’s home race podium. 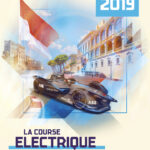 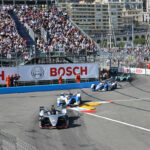 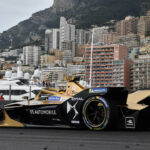 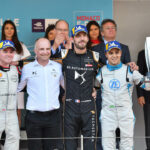 Last year, for the seventh race of the FE Season 7, only 19 drivers (out of the 24 on the grid) saw the finish line, with Antonio Felix da Costa bringing another win to DS-Techeetah with a thrilling last-lap overtake over Jaguar driver, Mitch Evans. The 26-lap race was dominated by the Techeetah team, with da Costa’s teammate delivering a P4. Ultimately the podium held da Costa, Robin Frijns, and Evans following a race full of battery conservation strategies, attack mode deployment, and a multi-car collision on lap one. 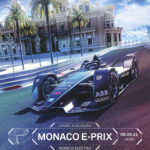 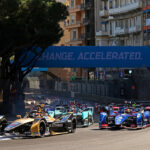 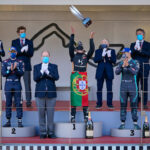 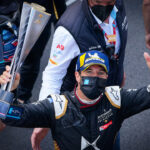