It was the last free practice session of a busy afternoon, for Formula 2, and it was very lively, the main agitators being the top drivers who scored big points in the first eight rounds of 2022: Brazilian Felipe Drugovich (MP Motorsport ), winner in Jeddah and Barcelona, Frenchman Théo Pourchaire (ART Grand Prix), victorious in Sakhir and Imola, in the long races on Sunday morning, and Indian Jehan Daruvala (Prema Racing). The first three in the standings on their arrival in Monaco.

Drugovich finished at the top of the time sheet, thanks to a best lap of 1:21.589, ahead of two unexpected drivers at this level, at the start of the weekend: Switzerland’s Ralph Boschung (Campos) and Norway’s Dennis Hauger ( Prema), followed by Briton Jake Hughes (Van Amersfoort) and two sons of former motorcycle world champions, Liam Lawson (5th) and Jack Doohan (6th). Something to make their glorious dads, Eddie and Mick, very proud tonight.

Pourchaire entered the Top 10 of this session, a year after his first victory, in Monaco, in the same category. The second Frenchman entered, Clément Novalak, Drugovich’s teammate at MP Motorsport, had never driven in Monaco in an F2 before. He had to find his bearings and settled for 21st in order to prepare well, without damaging his car, for qualifying on Friday morning.

As with the Formula Regional Alpine, there will be two qualifying groups on Friday morning, with only 11 single-seaters at the same time on the track. For 16 minutes only, so no time to waste. 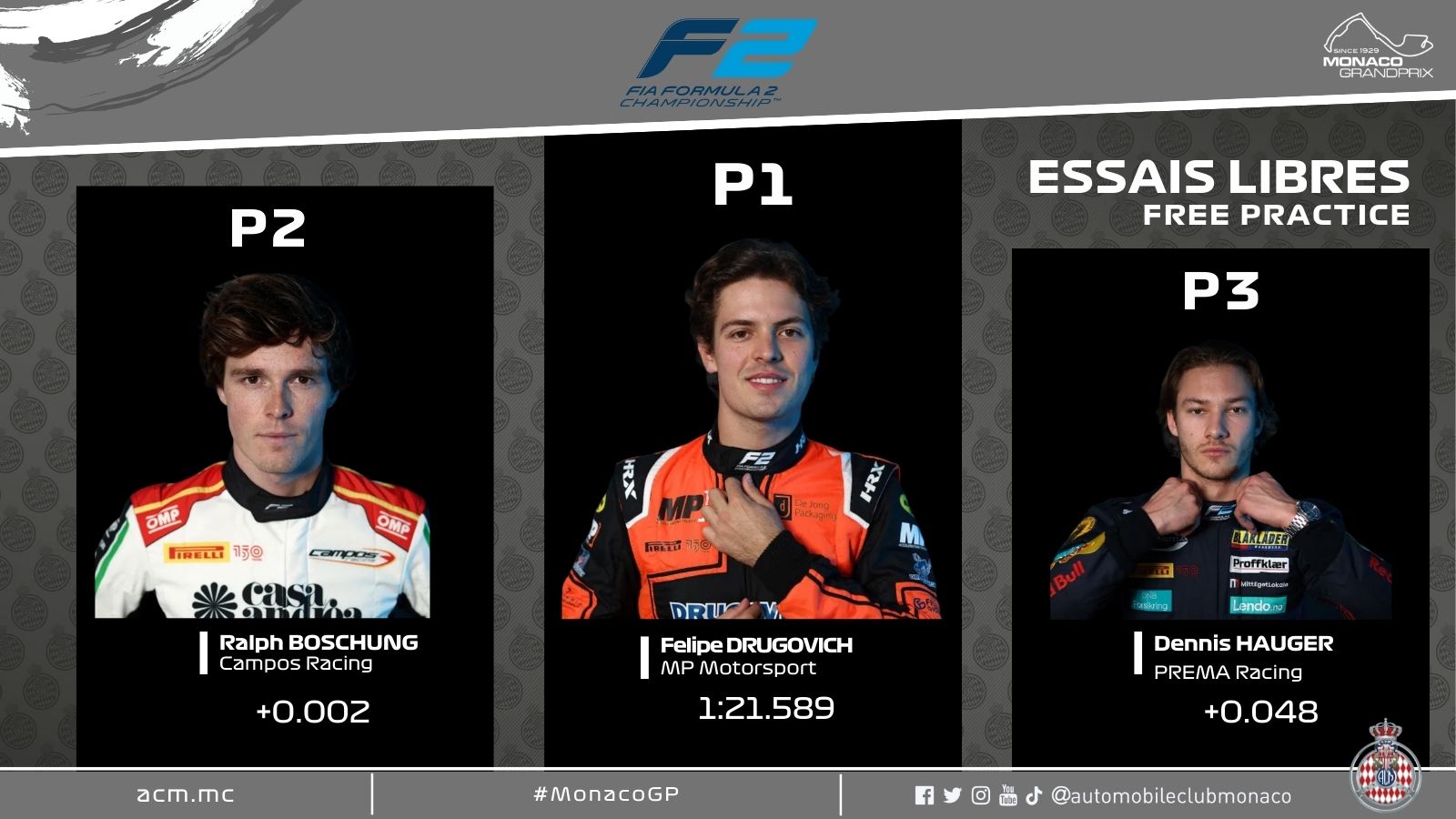