Brazilian Felipe Drugovich, starting in pole position, won the Formula 2 Feature Race on Sunday after resisting during 42 laps to Théo Pourchaire who tried everything, but in vain, to overtake him. The gap between the two young drivers, who still lead the way in the general classification of the championship, varied between three tenths and one second, depending on the interventions of the Safety Car, but the French ART Grand Prix driver never had an opportunity to pass the leader of the MP Motorsport team.

Two drivers had stalled on the grid, Liam Lawson and Roy Nissany, and then started from the pits, without any hope of doing well in the race. At the front of the grid, Drugovich jumped into the lead, followed by Pourchaire, Jack Doohan and Juri Vips. Winner of the Sprint Race on Saturday, Dennis Hauger stopped first in the pits, to change tyres, then Doohan, the son of a former motorcycle world champion, was overtaken in the pits during his tire change, by Vips whose team of mechanics was faster. 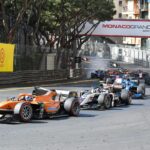 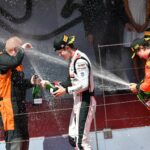 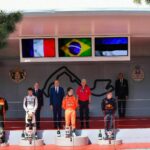 There was a first appearance of the Safety Car, halfway through the race, after Cordeel touched the wall at the Antony-Noghès corner. The race started again for 20 laps, with Drugovich half a second ahead of Pourchaire, who had pitted at the same lap to change tyres. Then a  second exit of the red Mercedes was caused by another misfortune for Clément Novalak: the French rookie was pushed against the wall by Lawson at the exit of the Fairmont hairpin, 18 laps from the end.
After the restart, Drugovich remained very vigilant with Pourchaire in his mirrors, and Vips further behind. The places of honor were taken by Doohan, ahead of Enzo Fittipaldi, the grandson of Emerson, a double F1 world champion in the 70s, Marcus Armstrong , Dennis Hauger, winner of the Sprint Race on Saturday, and Jehan Daruvala, one of the major title contenders. Finally, there was a last small collision between Calan Williams and Ayumu Iwasa, who were fighting for 10th place, at the Fairmont Hairpin.

In the F2 championship, after ten rounds, Drugovich, the winner four times, is now 32 points ahead of Pourchaire, but the season is far from over. 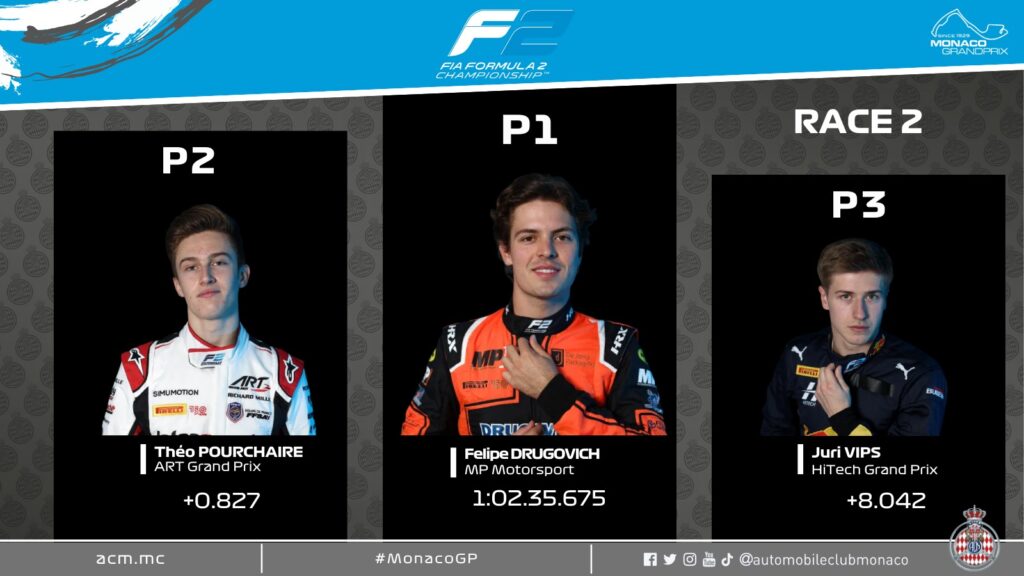