The Portuguese DS-Techeetah driver, winner of the Monaco E-Prix last year, had warmed up quietly by setting the 4th fastest time in Free Practice 1, at daybreak, which was dominated by Nyck de Vries (Mercedes-EQ Formula E Team). Once wide awake, da Costa was the fastest in the second session, ahead of Mitch Evans (Jaguar) and Robin Frijns (Envision), two of the men in top form since the start of the season.

This session was meant to finalise set-ups before qualifying, but it was interrupted by a red flag for a few minutes. Two pilots saw their FP2 session end prematurely in the “S de la Piscine”. Oliver Askew (Avalanche Andretti) was the first to stop, then a few minutes later Alexander Sims (Mahindra Racing), with his steering broken after a contact against the safety barriers .

The immobilisation of the Briton’s single-seater, at La Rascasse, forced the race direction to interrupt the session. Other drivers also flirted with the limit, but without any damage, such as Dan Ticktum, Antonio Giovinazzi or Jean-Eric Vergne. The Frenchman and Championship leader finished 4th, more than 3 tenths behind teammate da Costa, who is now the new Formula E Monaco track record holder (1:30.435).

The Portuguese could start the qualifying session with maximum confidence, scheduled for 10:45 am. 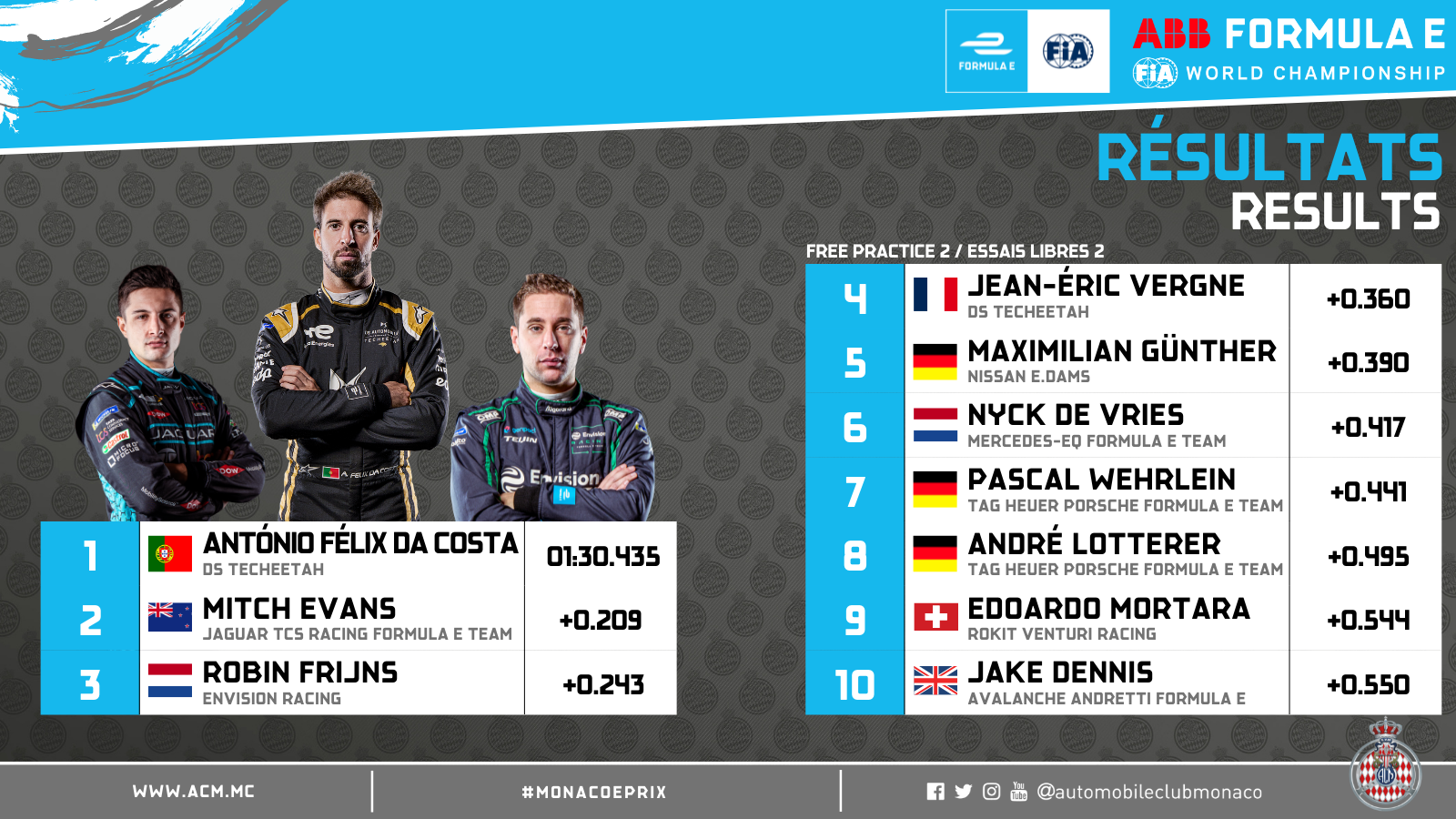