There were two mini-races of 5 minutes each, Saturday morning in Formula Regional European Championship by Alpine (FRECA), interspersed with a red flag and a long pit stop. Each time, the Frenchman Hadrien David, who started from pole position, won, knowing that the second start was given behind the Safety Car, an all-white Alpine A110 road car. Since this is the Monaco Grand Prix, there was also a podium in front of the Prince’s box, on the finish line, with cups and personalities. David was joined there by young Swede Dino Beganovic, still well ahead at the top of the championship, and Dutchman Kas Haverkort, who was very happy to complete the Top 3.

The red flag was caused by a collision at the Fairmont hairpin, which was followed by a traffic jam of single-seaters, but the damage was not serious and almost all competitors were able to restart after 15 minutes in the pits. There will be a second FRECA race on Sunday morning, starting at 8.35am. Beganovic, the quickest on Friday in qualifications, will be in pole position, hoping for a similar result to David’s on Saturday. 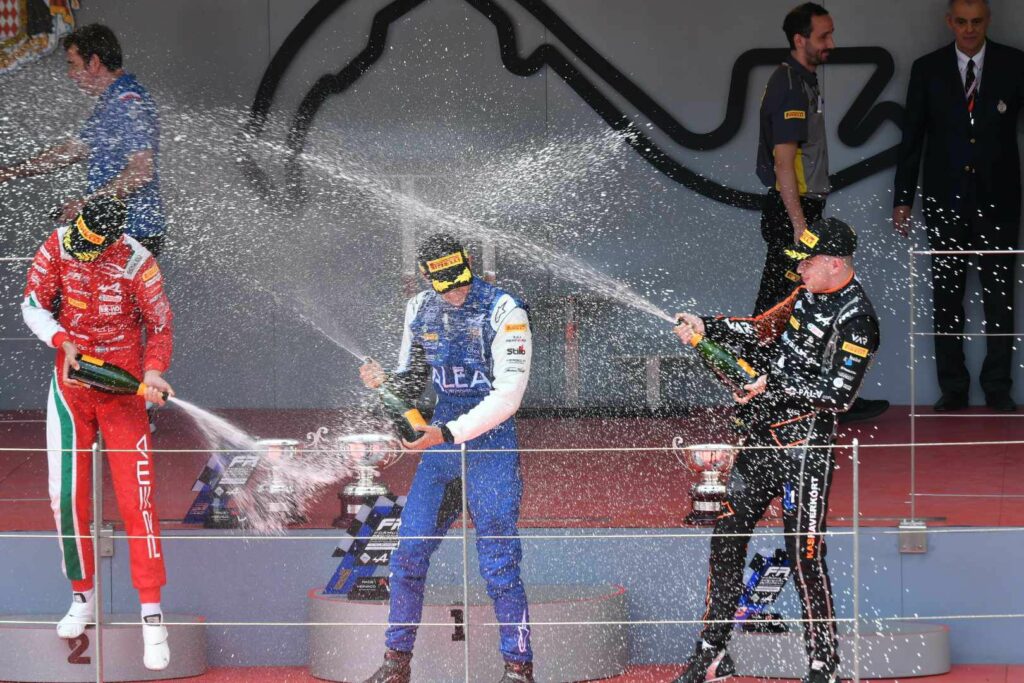