The reigning Formula E World Champion was quickest in the first of the two free practice sessions scheduled for Saturday morning. The Mercedes-EQ driver came very close to the current track record in FE (1:31.118), posted last year by Mitch Evans in FP2, and kept Nick Cassidy (Envision) and Edoardo Mortara (Venturi) behind him.

1:31.154, this is the first best time of this Formula E Saturday in the Principality. De Vries set his fastest lap at the very end of the session, just after Cassidy had beaten Mortara’s best time. The reigning world champion – and Monegasque resident – thus put his name at the top of the time sheets, completing the 3,337km of the mythical track one tenth faster than the Envision driver.

Mercedes-EQ, starting its last Monaco E-Prix outing, will quit the discipline at the end of this season, but arrived in the Principality as leader of the FE Constructors’ World Championship. Belgian ace Stoffel Vandoorne could only post the 12th fastest time of this early bird session.

Antonio Felix da Costa, victorious last year before diving in the swimming pool, in his racing gear, was the best of the former winners of the event, putting his DS in 4th position, almost half a second behind Nyck de Vries (+0.499). His teammate, Jean-Eric Vergne, the winner in 2019, had to settle for 8th position while Sébastien Buemi (Nissan), a double winner in 2015 and 2017, made the most of his car’s ability to complete the 30-minute warm-up in 5th place.

The next session was due to start at 9:10 am, before the start of qualifications scheduled for 10:45 am. 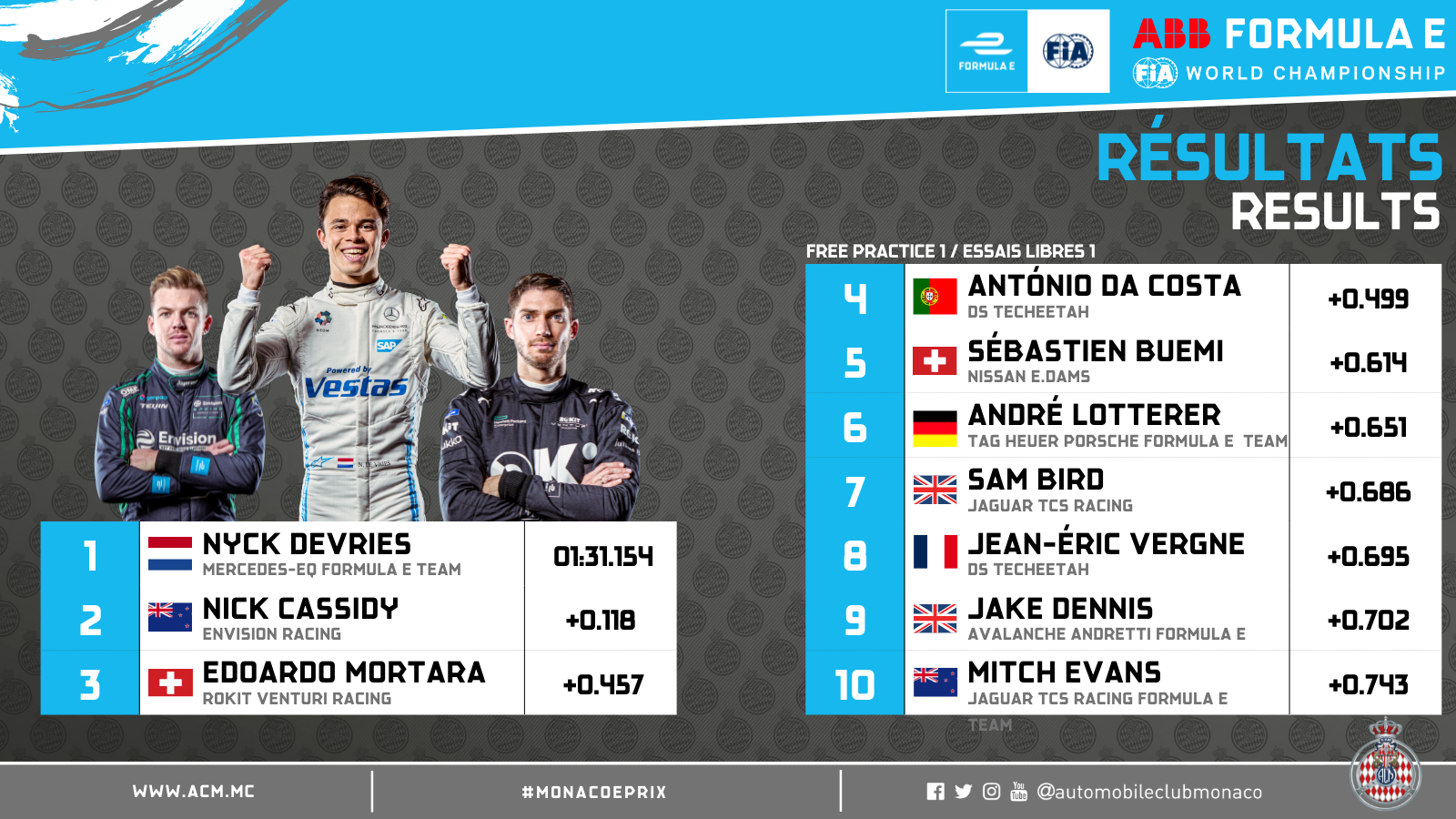