Italian Gabriele Mini, one of the main contenders in Formula Regional Europe by Alpine, opened the ball in style Thursday afternoon by posting the best time in the one and only free practice session for the small and very agile single-seaters in the streets of the Principality : 1:30.585 for the young Art Grand Prix driver (17), currently 3rd in the championship, so slightly better than two Dutchmen, Kas Haverkort (Van Amersfoort Racing) and rookie Laurens van Hoepen, also entered by ART GP.

The best Frenchman in this session could have been Hadrien David, who took 3rd and 4th last year on the same Circuit de Monaco, in the same category. But he damaged his car by hitting the back of a slower car at la Piscine, on his last flying lap, and had to leave the honor of best Frenchman to Victor Bernier, one of the two French drivers of FA Racing, the team sponsored by Fernando Alonso. Bernier, a Formula Alpine rookie, took 6th place in this session behind Mini, Haverkort, van Hoepen, Estonian Paul Aron and Swede Dino Beganovic, the detached leader of the championship after two wins and two second places in the first four races. of the year.

Over 35 single-seaters took to the track, approximately one every 100 meters, and half were driven by beginners in the Principality, so some made mistakes and hit the rail, at the Portier turn or the Swimming pool S, or pulled straight at Sainte-Dévote. Fortunately, the Automobile Club de Monaco (ACM) marshals were vigilant, as usual, and very little time was lost in this session due to the excessive enthusiasm of the young guns, some not yet old enough to pass their driving licence.

The field will be divided into two groups on Friday morning for the one and only qualifying session on the weekend menu, which will inevitably be very intense. There will be two races this weekend, one Saturday morning and one Sunday morning, 30 minutes each. 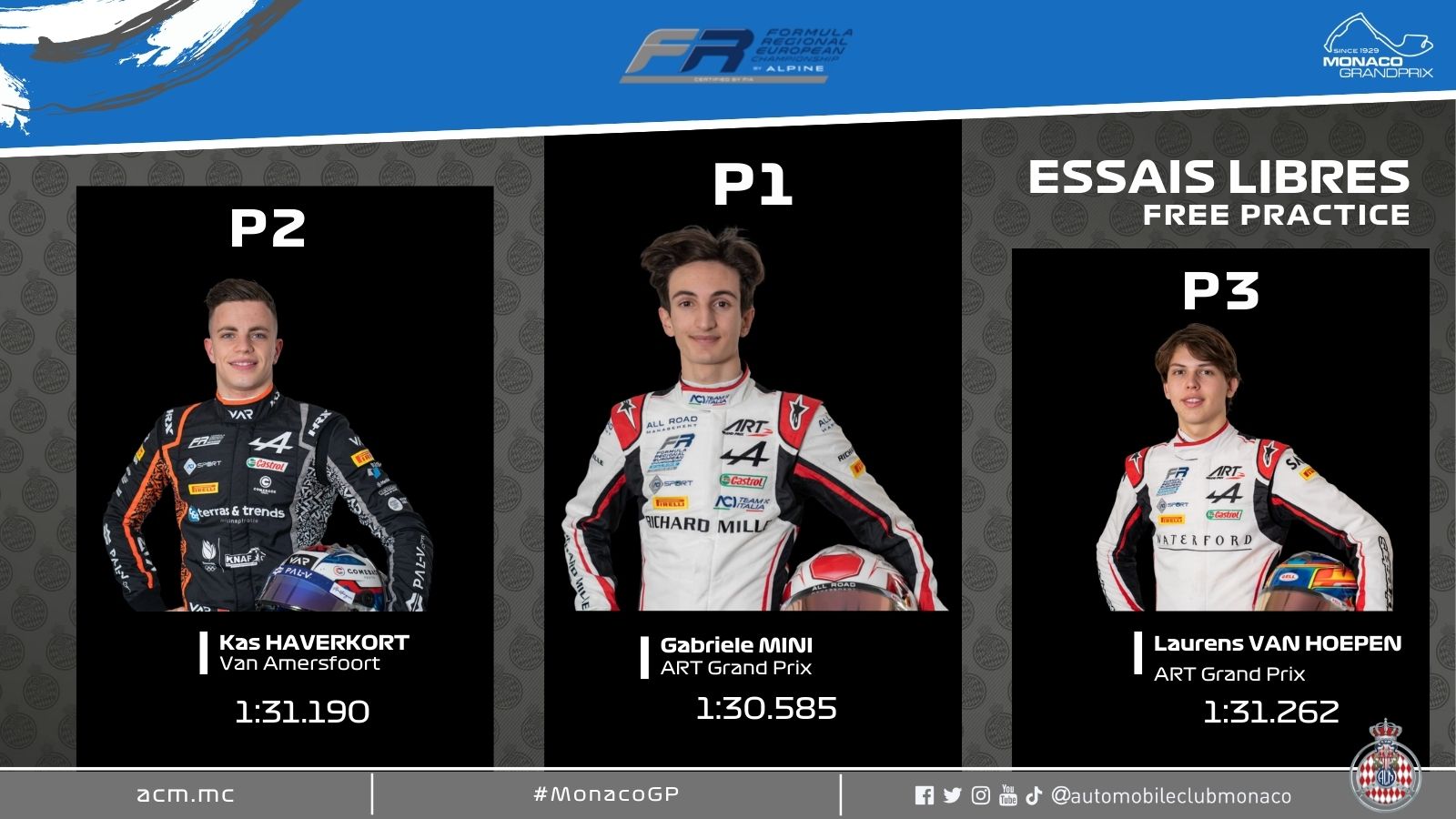